Provider Blog: I’m Not Anxious. Am I?

When it happened the first time, it may have been worrisome, but you got over it since it went away.  But now here it is again.  Your heart is racing, chest hurts, it’s hard to breathe, you’re sweating, and the thought enters your mind, ‘Am I dying?’  You went to the doctor and they gave you the works: physical exam, labs, EKG, echo, stress test, sleep study, things you cannot even pronounce.  And the result – NOTHING!

Then someone used the ‘A’ word – anxiety.  You find this ridiculous because you are NOT anxious; things are going well.  School, family, friends, work, the new Star Wars movies, everything is going great.  So why would anyone say you are anxious!

Anxiety is a broad term used interchangeably with other related terms, but that are not necessarily what one would identify as anxiety.  Picky eating, trouble knowing what is real and not real around you, losing large blocks of time, trouble sleeping – all of these can be associated with the word anxiety.  But in the story described above, the best term to describe this would be panic attacks.

Panic attacks tend to arise from nowhere, or at least seem to.  You are out for a run – panic attack.  Taking a hot shower – panic attack.  Sitting at your desk – panic attack.  Taking your dog for a walk – panic attack.  Nothing seems to add up for many people who suffer from panic attacks, and for those that begin to fear the onset of these attacks, called panic disorder, the impairment is even worse.  They begin to modify every aspect of their lives in order to avoid being in a place that having an attack would be embarrassing, or they avoid circumstances that may have triggered the attack in the past.  Overall, this can lead to an out of shape, unhygienic, school- or work-avoidant individual whose dog doesn’t get out enough.

Overcoming these attacks is a two-fold process.  The first part is simply understanding that all the experiences of panic are nothing more than a series of physical responses that will, at worst, burn-out and make you exhausted.  Truly, the worst that will happen to you is you take a nap, which, to me, sounds pretty great on most days.  Bottom line, your body will not let itself die!  The second part is figuring out what triggers and physical experiences lead to the attacks, and then repeatedly exposing oneself to them as often as possible until you never want to experience them again, but this time out of boredom, not fear.  “Practice makes perfect” holds true for overcoming panic attacks; the more you have them, the better you become at controlling them.

Now if it was really this simple, like, just reading the last 300-words and saying “Cured!”, then good people like me would be out of a job.  So if you are someone that struggles with something vaguely similar to what I described above, then you may want to talk to a mental health professional.  We can help guide you through this process and get you back on the track to healthy living. 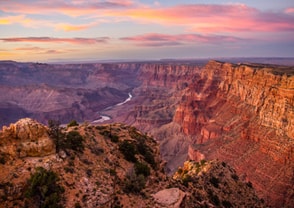 Our Services
We provide an extensive range of services for maintaining the health of your child. 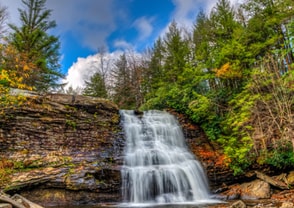 What's New
We genuinely care about keeping children healthy and we love to spread the word on how to do so.